Create 3D animated visualizations of any atom in real space, just by using the camera on your smartphone

From Signal Garden Research, AR Atom Visualizer is the world's first ARCore app to be published on the Play Store. 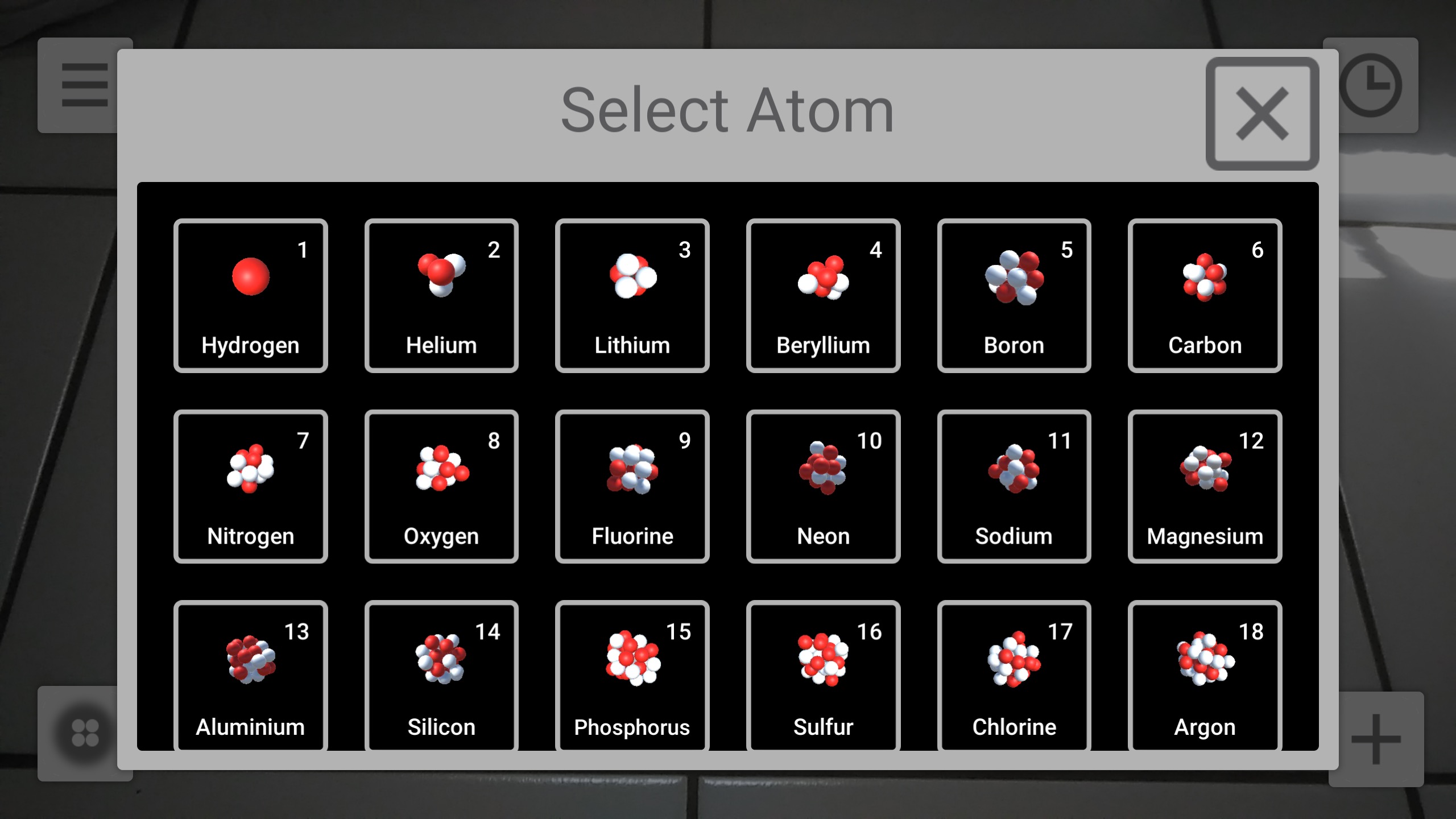 AR Atom Visualizer is an app that allows you to view and explore atomic models in Augmented Reality with Google ARCore on your smartphone.

Many of us understand the basic structure of an atom: a nucleus containing protons and neutrons, surrounded by electrons - but how are those electrons organized? How do they move? What do they look like? 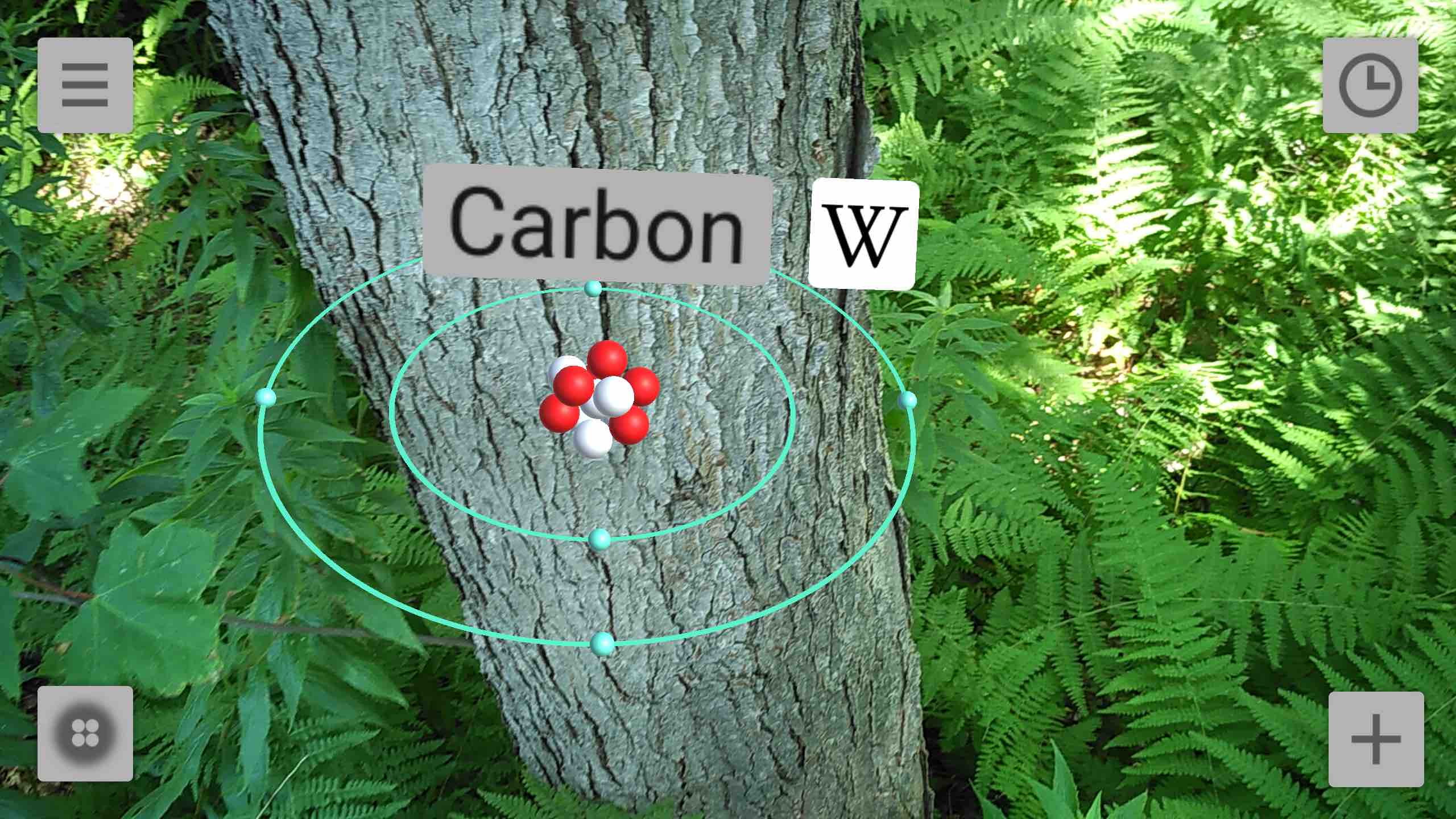 Scientists and science teachers use two common models to visualize atoms and answer these questions.

The Bohr model presents the atom as a shell containing a nucleus and the electrons in orbit around it. It helps us understand the energy level of electrons and how they are organised in relation to the nucleus.

The quantum mechanical model presents the atom as an electron cloud. This helps us understand the possible location of the electrons in relation to the nucleus. 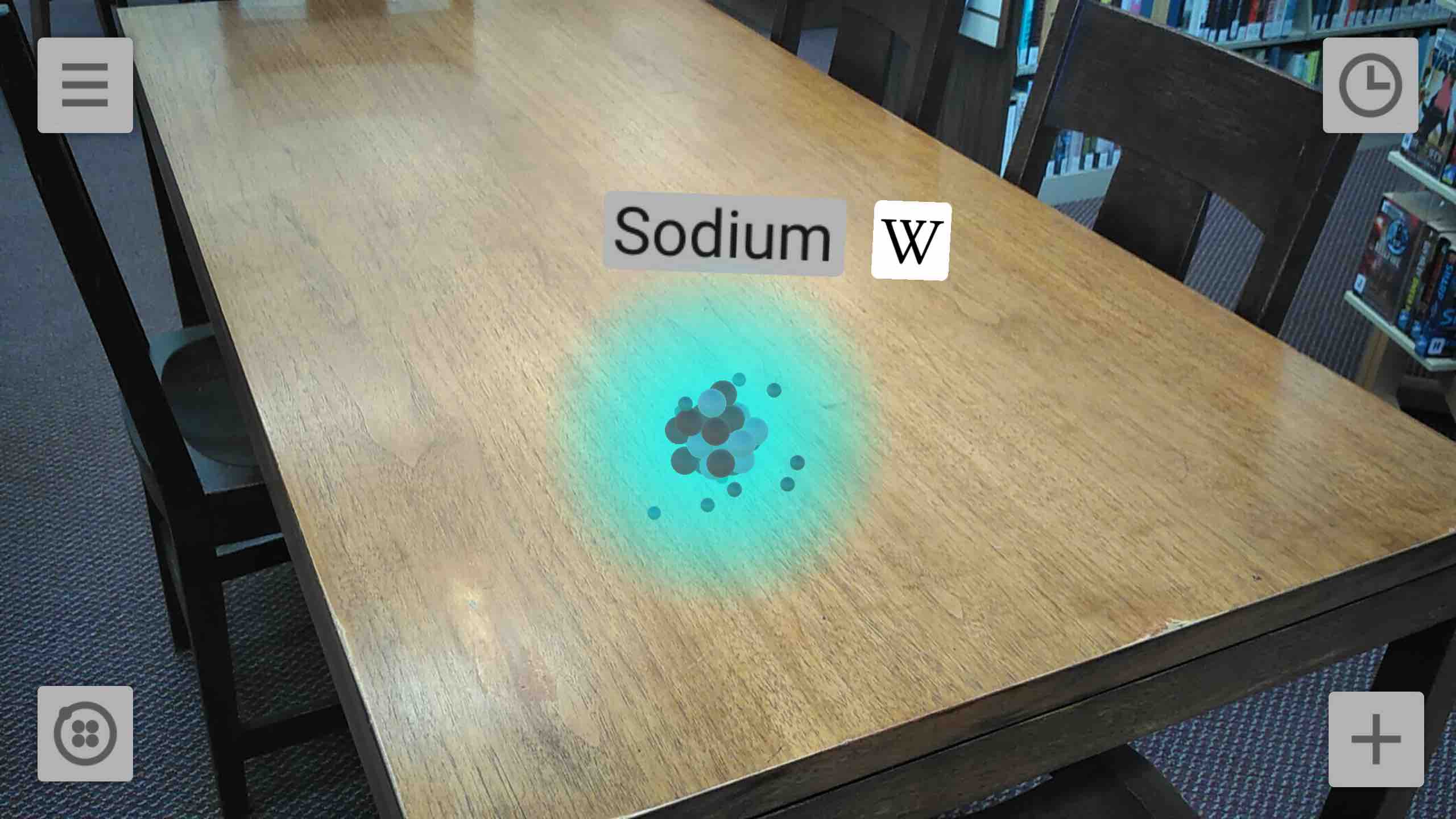 AR Atom Visualizer uses Augmented Reality to create 3D animated visualizations of both these models of any atom in real space, just by using the camera on your smartphone.

It couldn’t be simpler!

Launching the app starts your phone’s camera.
Tapping the plus button lets you choose any of the 118 elements in the periodic table and creates a 3D animated atomic model.
Place the atom wherever you want it in real space and view it through your phone’s camera.
Pause or adjust the electron animation speed with the slider.
Learn more about the element you’ve chosen by tapping on a handy Wikipedia link.
Choose to visualize the atom with the Bohr model, complete with 3D electron shell and nucleus and animated orbiting electrons, or the quantum mechanical model, complete with animated electron cloud.
Visualize multiple atoms simultaneously. Removing them is as simple as tapping the trash button at the bottom of the screen.

AR Atom Visualizer brings science home, and to the classroom, and lets you learn how physics affects reality everywhere. What is air made of? What are the objects around us made of? AR Atom Visualizer is a valuable pedagogical tool that helps to begin answering these questions, and is simple enough to be used even in kindergarten.

Jonathan graduated from the Computer Science program at the University of New Mexico in 2020.